The Sochi Winter Games come to an end this weekend, somewhat overshadowed by the terrible events in Ukraine. Outside of activities at the Games themselves, with highlights including the British successes and the usual USA/Russia Ice hockey excitement, there have been lots of incidents and issues of interest to sports scholars. I blogged at the end of last month about one such issue, but have written a few other pieces during the Games for various outlets and thought I would collate them here. These have been written with Professor Mark James, someone who I have conducted a lot of research about the Olympics with. In addition to the bigger academic pieces we write, we are aiming to do similar short pieces about future events during 2014 including the World Cup and the Commonwealth Games and will collate them here, or follow me on twitter for them via @prof_guy_osborn. 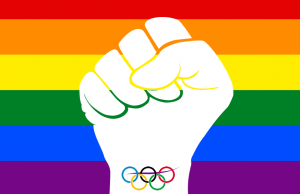 The pieces on Sochi have included one on protest zones for The Justice Gap, one on ambush marketing and in particular the Principle 6 Campaign for LawInSport and a piece on the application of the IOC's Rule 50, for The Conversation. There may be one other to follow and will update if this transpires.
Posted by Guy Osborn at 05:32 No comments: