The University of Westminster has just advertised some research studentships which might be of interest to some readers of this blog. Details about the application process appear via link above. There are a number of named possible topics but you are free in addition to construct your own proposal. Members of The Centre for Law, Society and Popular Culture welcome proposals in relevant fields. The Centre currently has three students working on fields as diverse as:


In addition, in December 2009 the first of our PhD students, Oxana Chiscenco, successfully defended her thesis 'The Record Industry and Competition law in the Twenty First Century'. The areas that the Centre can supervise in are not confined to these above of course and anyone interested in applying should consider looking at the research interests and work of members of the Centre (currently Guy Osborn, Steve Greenfield, Ken Foster, Stephanie Roberts and Stuart Toddington); we are interested, amongst other things, in anything that examines the intersection between law and popular culture, and we construe popular culture very broadly. Any one interested should make contact  if they would like to discuss this further. The closing date is 19th February 2010. 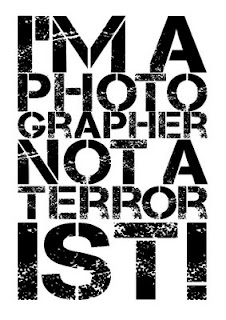 On Saturday 23rd January a Mass Photo Gathering took place in Trafalgar Square. The Gathering was a response to a number of high profile detentions under s44 of the Terrorism Act 2000. These have included a BBC photographer taking a photo of St Paul's Cathedral and a trainspotter being asked to delete images of a train carriage he took whilst on holiday in Wales. The Independent ran a front page focussing on what they saw as a misuse of police powers under the legislation, which allows police to 'stop and account' or 'stop and search' in certain authorized zones.  There are certain resonances here with previous attempts to use similar public order provisions to attempt to deal with football fans, see for example the work of Urban 75, and their now defunct offshoot, Football Fans against the Criminal Justice Act. In the 1990s this group campaigned against the regulation of football culture, see for example this article from the New Statesman at the time. These developments also have parallels with the case of Brian Haws, something memorably celebrated by Mark Wallinger in his installation State Britain 2007. We can in any event see this as a further example of law trying to regulate areas of popular culture, and as a further site for resistance.
Posted by Guy Osborn at 04:10 1 comment: